Alex Turner as sleazy romantic-cum-nervous wreck is best evinced by “Do I Wanna Know”, in which he burbles on the brink of being overwhelmed with infatuation. “I’ve dreamt about you nearly every night this week”, he confesses in the first verse, and later, afraid he’s missed his chance, he asks, “Been wondering if your heart’s still open / And if so, I wanna know what time it shuts”. END_OF_DOCUMENT_TOKEN_TO_BE_REPLACED

The fourth album from Arctic Monkeys has a front cover. And, you might say… 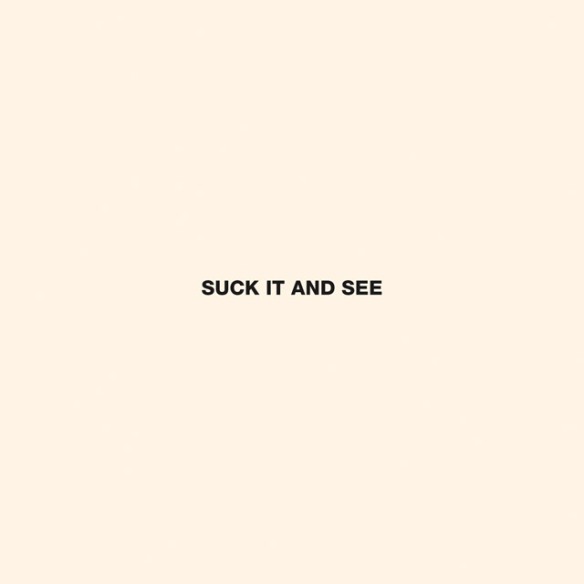 Actually this is very clever, if you think about it carefully. The album’s title is inviting the listener to peer in, without preconceptions based on art production, photography, visual signals etc. In that context, such a pristine, unblemished design is probably perfect.

I’m not going to do a list of my favourite songs of 2009 because that would be boring and unoriginal, and chances are you’ve probably read about the exact same songs in a million other places. Instead, here’s my playlist containing fifteen album tracks, none of which were released as singles, which I notched up on my bedpost as having loved dearly over the course of the year. When you’ve read through it all, you can also feel their brilliance as nature intended, by hopping over to the superconnected playlist I’ve made over on Spotify (though the Tortoise track will be absent because their oeuvre is not yet available). END_OF_DOCUMENT_TOKEN_TO_BE_REPLACED

2009 has been a year when I’ve taken stock of a fair bit of older music – thank Spotify for that! – which might explain my profligacy in terms of listening to some really highly-regarded new albums. Nonetheless, in the last few weeks I’ve clawed back lost ground and taken the opportunity to investigate the hype surrounding some of this year’s gems.

In the interests of economy, I’m only listing my fifteen favourite albums; there were plenty of others that I enjoyed, but couldn’t justify adding to this list. So, as well as the albums listed below, do please go and have a listen to wonderful albums like Doves‘ triumphant Kingdom Of Rust, The Cribs‘ Johnny Marr-enhanced Ignore The Ignorant, and Atlas Sound‘s mesmerising Logos. But without further ado, and a bit more explanation where necessary, here are my offerings: END_OF_DOCUMENT_TOKEN_TO_BE_REPLACED

With very little ado about something, Arctic Monkeys have quietly sent the world a five-song “Web Transmission”, offered as a preview of their forthcoming third album, entitled Humbug. With much-analysed trips to the Mojave Desert, and a length of time spent in the company of a certain Mr. Josh Homme, the band have certainly raised expectations a notch – whereas no-one realised what a change of style Favourite Worst Nightmare would herald, the general perception of Humbug is that it’s not exactly going to be eleven re-treads of “I Bet You Look Good On The Dancefloor”. Lead single “Crying Lightning” confirmed this: four minutes of eerie, muggy and fuzzy desert rock, with siren-like guitars wailing behind Alex Turner’s typically evocative lyrics (this time with added confectionery!). 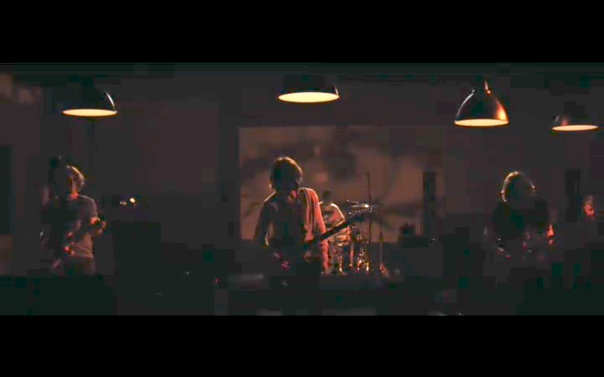 The webcast, then. There’s nothing too spontaneous about this – Radiohead’s Scotch Mist this certainly is not. The band are silhouetted in a shadowy warehouse environment, with numerous video screens showing looped close-up footage of a woman’s eyes. Now blessed with an additional fifth musician on-stage, contributing additional guitar and keyboards, the band launch into “Pretty Visitors”, where a carnival organ collides with jagged guitars. The chorus locks into a loping waltz, before a second guitar kicks in halfway through with kind of Queens Of The Stone Age-style slide work that we have come to expect. Then it’s back to the spooky waltz for the outro. The song is sprawling in its ambition, and yet tight in its musicianship – the perfect opening salvo, I suppose.

Next, the band tackle “Crying Lightning”, with a rendition that is less dependent on that intense, brain-mashing bass, and more open to improvisation with the desert-y wailing guitar. My reactions so far to Turner’s vocals are that he’s not so much singing, as attempting a kind of lurching, viscous style of rapping. Throughout, he remains resolutely sombre and dark – one has to wonder how such a tortured and complex individual tessellates so well with Alexa Chung.

The third song, which is called “Potion Approaching”, begins in a simple manner, with a repetitive, chugging riff on both guitar and bass. This whining, strangled lead guitar sound shows no sign of abating, and it’s difficult to compare it to anything else except the majority of Lullabies To Paralyze. A sludgy, psych-y refrain boasting the portentous lyrics “Yours is the only ocean that I want to hang onto” leads into a slowed-down, glammy bridge, and then back to the original chug.

Now, here comes a real highlight, as Arctic Monkeys treat us to their cover of Nick Cave’s “Red Right Hand”, with its Jarvis Cocker-esque lyrics that speak of viaducts, mills and stacks. The organ is mournful, and a humid middle section eventually explodes into an angry, angry outro.

The final song, for which I have no name, sadly, is a beauty. Beginning with a plinky piano intro, over which Alex Turner adds some wonderfully appropriate guitar, it alternates between a pretty, dance-y beat, and a half-speed Scott Walker ballad, with starry-eyed melodies and coo-ing backing vocals. And then, far too quickly, it’s all over, and the screen cuts to black.

First impressions? It’s not such a huge step away from the more sinister second half of Favourite Worst Nightmare as the Chinese whispers would have us believe. There’s a lot of organ, of a variety more akin to The Doors than The Horrors; the lead guitar tone appears to be fixed on a sound last heard wailing through Queens Of The Stone Age at their most tortured; and of course, Matt Helders’ drumming is characteristically enviable. The general ambition displayed in the songwriting is definitely a step forward, with sprawling song structures and a lot of effort being paid to making each minute of each song different from the last. Undoubtedly, Humbug is going to be more of a grower than its two predecessors – in all likelihood, it will alienate some of the band’s least intellectually-minded fans. Which is no bad thing, judging by the typical crowd at an Arctic Monkeys gig. I suppose the hope must be that some impressionable young people who got into Arctic Monkeys as a gateway into indie music will hear the sophisticated craft of Humbug and use it as a gateway into a whole host of interesting and challenging rock music, which the band is clearly locked into right now. I’m going to have to wait till August 24th, when the album is released, but I do think I’m going to like it, as a uniquely dark and turmoil-filled creature.

I really do think Arctic Monkeys have always been a substantial step ahead of their British indie rock cousins, not just because of Alex Turner’s superior, witty social commentary, but because the band’s progression as musicians has been a joy to listen to. From the wiry post-Libertines indie of their debut, through the melancholy surf rock of Favourite Worst Nightmare, to the dramatic Scott Walker balladry of Turner’s Last Shadow Puppets side project, it’s clear that their influences are far-reaching and constantly in flux, and they’ve never been afraid of channelling other sounds through what could otherwise be a pretty typical British aesthetic.

August will see the release of their third album, entitled Humbug, but before then, we are now privvy to the forthcoming lead single, “Crying Lightning”. A brief approximation would suggest the following result: it sounds like a hybrid of much of the second album, crossed with the epic grandeur of The Age Of The Understatement. It’s presently unclear which of the two producers (James Ford, Josh Homme) is responsible for this particular cut, but there are certainly elements of both individuals’ œuvre. There’s a chilling, carnival, forest vibe that echoes Queens of the Stone Age circa-Lullabies to Paralyze, but this is complemented by the breathy sense of space that I so loved on older songs like “Do Me A Favour” and “Fluorescent Adolescent”. For certain, the drums are less crisp and more military than on their sophomore effort; meanwhile, the gnarled tone of the bass and the eerie Theremin-esque guitar solo are very reminiscent of the output of Josh Homme’s day job.

Predictably, the lyrics reveal plenty of nuanced details, from the references to “pick and mix” and “strawberry lace” (which immediately reminded me of Jarvis Cocker’s similarly creepy confectionery in “The Wickerman”), to the humidity of lines like “And your past times consisted of the strange / And twisted and deranged”. Turner is evidently frustrated about something, and the cracks in his armour are appropriated in his lavish descriptions of the subject of the song – who “puff[s] your chest out like you never lost a war”.

Only the rest of the album will tell to what extent Arctic Monkeys have let their travels of the last couple of years percolate into their music, but on the evidence of “Crying Lightning”, they’ve lost none of their knack for deriving catchy melodies from surprisingly tuneless chord changes; they’re still willing to pile on the drama and the frisson through Alex Turner’s developed and mature lyrics; and, in all honesty, I can’t really imagine Humbug leaving the charts this side of the apocalypse.