There’s a young Barcelonan called John Talabot, who’s making waves in techno like he’s our generation’s Ricardo Villalobos. Well, he’s not nearly so minimalist, but there’s certainly an economy to his production style that gives his work a capacious quality. His début, the conclusively-titled ƒIN, explores a diverse range of styles, flirting with chillwave and glo-fi (two genres I usually think pale in comparison to their illustrious forebear, Panda Bear) but also reaching far-out places that evoke comparison with someone like Floating Points. 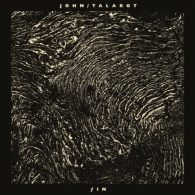 “Journeys”, which features a guest turn at the microphone from Ekhi, takes the Panda Bear connection a step further—not only are the vocals a facsimile of Noah Lennox’s, but the music has a bouncy, carnivalesque feel reminiscent of Animal Collective. Opening track “Depak Ine” (see above), meanwhile, is more expansive, with a combination of croaking frogs and intergalactic rhythms that’s part Gang Gang Dance, part Matthew Dear. Elsewhere, things are geared more explicitly at the 2AM dancefloor, with “When The Past Was Present” giving off a Balearic headrush, and the closing track “So Will Be Now…” riding along squirming acid house bass, rather like The Rapture’s “Olio” back in 2003.

The range displayed on ƒIN makes it a sometimes disjointed listen; however, it’s to Talabot’s credit that it sounds even half as self-contained. Taken individually, his tracks bear traces of specialness that we associate with someone who is surely going to hit the big-time pretty soon. Prophetic listening is advised.

Some songs unknowingly link to numerous trends in music. From “Pull Up The Roots” we get James Murphy’s cowbell frenzy, the slinky bass of Quincy Jones’s productions for Michael Jackson, and the strangled, hothouse sax* that marks early TV On The Radio. There is a punkish energy to the song that also looks back to Talking Heads’ CBGB days, as well as prophetically forward to the rise of evangelical churches, with their rousing call-and-response chants. And, if you listen closely, the subtly finger-picked guitar-work around the three-minute mark became a mantra for The Durutti Column and, later, “The French Open” by Foals.

I wrote a bit about this album here; this song is an under-appreciated gem near its end, which ushers in the simple masterpiece “This Must Be The Place (Naïve Melody)”.

* The saxophone is actually a treated guitar part. I guess they learnt more than a few production tricks from Brian Eno.

I have invested many hours’ typing into Antony Hegarty, the man with the golden voice. Even if you liked the wandering-vocal-over-haunting-drone pairing of “Dust And Water“, you may still be surprised and baffled by “Swanlights“, which is taken from the 2010 album of the same name. Backmasked vocals compete with a tightly-knotted bass-line, atop a creeping organ drone. Near the end, a connection is forged between the avant-garde and the sacramental, as a chorus of swooping Antonies bring the song to a teetering conclusion. There is no genre that captures music this impassioned and oblique; its nearest antecedent is the enigma of Alice Coltrane’s post-jazz, with its extraterrestrial and spiritual leanings.

I’m not usually one for gimmicks.

In the 1960s, a predilection for quadraphonic sound emerged in the progressive rock scene. Pink Floyd’s use of the Azimuth Co-ordinator was flashy, but a lack of readily-available consumer equipment prevented the technology from making a leap into the living room. There was a brief glimmer of hope in 1997, when The Flaming Lips released Zaireeka, an album designed for home-brew quadrophenia, but the music was too challenging to have mainstream appeal. A decade-and-a-bit later, “surround sound” is a fixture of the home cinema setup: we’ve finally found a way of making music in four discrete channels work. The question is this: do we actually want to hear that music? END_OF_DOCUMENT_TOKEN_TO_BE_REPLACED

We know a fair bit about Hot Chip‘s love of wonky, garage, and house. We know this from songs like “Don’t Dance”, “Bendable Poseable” and “We Have Love”, and we know this from Joe Goddard’s various side-projects, like The 2 Bears. On Hot Chip’s last album, One Life Stand, they sounded sometimes exhilarating, frequently lovestruck, and occasionally like they were sweatily getting down on the dancefloor. But they never conjured up all these moods at the same time.

Our first taste of what Hot Chip in 2012 sounds like comes via “Flutes” (see above, in a head-spinning in-studio video). At once euphoric and romantic—perhaps that’s a symptom of the cheesy cut-up vocal sample, overlaid with warm analogue bass and chords—the song builds and builds, taking on new and exciting layers of vocals, synths both arpeggiated and wailing, and pulsating percussion. It’s like a carnival, walking through a renewal of one’s marital vows.

That this marathon workout never collapses or feels like it’s treading ground is evidence of Hot Chip’s maturity as songwriters, which has progressed even further since One Life Stand. On that album, they constructed sweet pop songs with interesting production and instrumentation; on “Flutes”, they’re pushing the boundaries of pop music, with a composition that travels round the world and is still back home in time for supper. The roly-poly electric piano finale is the icing on the cake.

The effect is like putting Joe Goddard’s “Gabriel“, itself a modern classic, on steroids. And it bodes super-well for the rest of the album, In Your Heads, which drops in early June.

An old friend pointed me in the direction of Sam Shepherd a.k.a. Floating Points, who is a neuroscientist by day, and a groundbreaking musician during all other hours. Shepherd’s music streams and fizzes through 2-step, the gossamer-thin electronica of Four Tet, and the glitchiness of the Brainfeeder label; forces coalesce on the Shadows EP, which opens with the mesmerising “Myrtle Avenue“.

Like a supernova, the song expands into a burst of luminescence that briefly outshines the galaxy. Free-rolling Rhodes piano trills waft over a beat that recalls early Flying Lotus. The bass is intermittent, occasionally acquiring mass as if reacting with the Higgs boson. Four minutes in, we get disco-from-the-end-of-the-universe chords, pulsing from a creamy analogue synthesizer. Above it weaves a warbling, tremulous lead, far removed from hoi polloi. Near the close of an extended coda, the faint voice of some unidentifiable soul diva beams in; it’s there only momentarily, buzzing like a heavenly insect trapped in a faraway fridge.

Times crawls forward, but inside “Myrtle Avenue” you feel like you’ve lived through from the Big Bang to the birth and death of a civilisation.

“Myrtle Avenue” is taken from the Shadows EP by Floating Points, released on Eglo Records in November 2011.

You can sometimes trace a direct lineage from seminal albums through to their modern descendants. Sometimes, though, it’s just a genetic fragment, a heartbeat or a swagger that travels through the generations. When we talk about Can’s lasting influence, we can feel the ur-krautrock’s presence everywhere. When we talk about Isaac Hayes’s Hot Buttered Soul, we have to feel the fabric of modern music between our fingers, and bring it up to our noses to inhale the waft of Hayesian heritage.

The four songs that make up the album are diverting and ingenious. They walk around you, several times, making a mockery of conventional song structure. They are arranged like masterpieces—think of the cinematic interplay between strangled electric guitar and soaring strings on “Walk On By”. They know when to ride sparse, motorik beats, and when to let the piano parts expand to fill the universe of emotions—as on “Hyperbolicsyllablecsesquedalymistic” (see above). Everything is produced in a way that suggests the studio is a living thing—especially on the wandering “By The Time I Get To Phoenix”, with its ambient, barely-there organ drone and Hayes’s “velvet sledgehammer” monologue, which eventually lead into something grander and more significant.

On the face of it, Hot Buttered Soul shouldn’t be so un-derivative. Two of the songs are “covers” (albeit in the loosest possible sense), and the album was pieced together from several recording sessions—a far cry from the deranged-genius-cabin-fever-vibe we associate with most truly original works. But, somehow, it feels vital and inspirational in the correct sense of these words: it gave life to soul as a progressive, expansive genre (consider Curtis Mayfield’s Super Fly, released three years later in 1972); and it provided a rich seam of sounds and textures that artists would tap into in the decades to follow.

Capped with Hayes’s inimitable, husky set of pipes, the album manages to strut and preen, but also to serenade and emote. It’s no wonder the music it sired was, taken as a whole, so schizophrenic.

The big news first: there’s a new Hot Chip album coming in June, and you can’t even believe how excited I am about that. In Your Heads drops in via Domino Records, and it’s going to have a hard job matching, let alone topping, the brilliance of One Life Stand. I praised that album’s lush pop sensibility, and the way it introduced old-fashioned romance to high-tech electro.

Hot Chip have matured into a bit of a national treasure: they write solid songs that are impeccably produced, and then tour them to within an inch of their lives, reinventing the arrangements every night. I think In Your Heads is going to be Mk. II of the Hot Chip lover’s Hot Chip album.

The band’s sudden burst of productivity has not been limited to the core unit, however. There have been spin-off acts aplenty, the most publicised of which is The 2 Bears (Hot Chip’s Joe Goddard and his mate Raf Rundell, dressed up in comedy furry bear outfits, making big-tent dance music). Now there is also New Build, which features Al Doyle (vest-wearing, bespectacled, also moonlighted in LCD Soundsystem) and Felix Martin (messes around with drum machines and synths at the back of the stage). They used to be called Lanark; they’ve spent five years making the album that will be called Yesterday Was Lived & Lost.

Judging by songs like “Mercy” (see above) and “Finding Reasons“, New Build manage to be both icier and more tropical than Hot Chip. The synth pads have a crystallised sheen that screams 1980s art gallery opening, and the pair’s vocals are detached and aloof; on the other hand, loose-limbed percussion runs amok, and Doyle’s scratchy electric guitar jumps up throughout. It all sounds rather promising—like the love-child of Tom Tom Club and Yazoo.

Call it a cynical, money-grabbing move with artistic payoffs: Damon Albarn and Jamie Hewlett were moved to collaborate with André 3000 of OutKast and James Murphy (formerly of LCD Soundsystem) to help sell Converse sneakers. The most high-profile of the “Three Artists. One Song” series, this unholy troika pulled off a marathon stint in a recording studio to come up with “DoYaThing”, a glitchy electro number.

In its released state, it’s four-and-a-half minutes of nonsensical whimsy, with Albarn and André 3000 taking turns to spout non-sequiturs. Murphy crops up too, on the low-key falsetto chorus, doing battle with a misfiring analog synth. The beat is not dissimilar from the similarly standalone Gorillaz song “Doncamatic“. Whereas Albarn’s rapping shows him up as an amateur (his phrasing comes straight out of “Feel Good Inc.“), André’s contribution is typically spontaneous and naturalistic, showcasing the verbiage and rhyming that helped make hits like “Hey Ya!” stay classic.

“DoYaThing” is a song that grows on you: initially, I tweeted that it was somehow less than the sum of its parts. But the neat instrumental and production tricks win you over eventually—like the growly distorted vocals that bring André’s rap to a close, and the parps of brass that punctuate the verses.

The accompanying video (see above) is characteristic of the Hewlett œuvre: a grimy household populated by larger-than-life characters, through which the music weaves in and out.

As if this wasn’t enough of a media overload, there is also a thirteen-minute long version of the song, from which the released edit derives. I’m not going to talk about that; it’s best left to your own ears.